This Is A Custom Widget

This Sliding Bar can be switched on or off in theme options, and can take any widget you throw at it or even fill it with your custom HTML Code. Its perfect for grabbing the attention of your viewers. Choose between 1, 2, 3 or 4 columns, set the background color, widget divider color, activate transparency, a top border or fully disable it on desktop and mobile.

This Is A Custom Widget

This Sliding Bar can be switched on or off in theme options, and can take any widget you throw at it or even fill it with your custom HTML Code. Its perfect for grabbing the attention of your viewers. Choose between 1, 2, 3 or 4 columns, set the background color, widget divider color, activate transparency, a top border or fully disable it on desktop and mobile.
Toggle SlidingBar Area 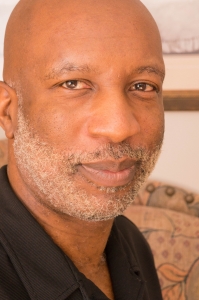 This article has been cited by other articles in PMC.

The observations from the present study indicate that vaginal formulations of the sulfated polysaccharide carrageenan are highly effective in protecting mice from herpes simplex virus type 2 (HSV-2) infection. Test formulations were placed in the vaginas of progestin-treated mice prior to inoculation with HSV-2. Infection was determined by the presence of inflammation in the genital region and death. At a dose of virus that infected half of the control animals, 1% solutions of either lambda, kappa, or iota carrageenan prevented infection of almost all of the animals. Concentrations as low as 0.05% protected a large majority of the mice. At a dose of virus that infected all of the control mice, 1% solutions of carrageenans protected 85% of the inoculated mice. Other sulfated polysaccharides were less effective or showed no efficacy in preventing HSV-2 infection. These findings suggest that a vaginal formulation of carrageenan may be effective in blocking sexual transmission of HSV-2 in women.
Carrageenan Is a Potent Inhibitor of Papillomavirus Infection
Christopher B. Buck1, Cynthia D. Thompson1, Jeffrey N. Roberts1, Martin Muller2, Douglas R. Lowy1, John T. Schiller1*
1 Laboratory of Cellular Oncology, National Cancer Institute, Bethesda, Maryland, United States of America, 2 Forschungsschwerpunkt fur Angewandte Tumorvirologie,
Deutsches Krebsforschungszentrum, Heidelberg, Germany

Certain sexually transmitted human papillomavirus (HPV) types are causally associated with the development of cervical cancer. Our recent development of high-titer HPV pseudoviruses has made it possible to perform high- throughput in vitro screens to identify HPV infection inhibitors. Comparison of a variety of compounds revealed that carrageenan, a type of sulfated polysaccharide extracted from red algae, is an extremely potent infection inhibitor for
a broad range of sexually transmitted HPVs. Although carrageenan can inhibit herpes simplex viruses and some strains of HIV in vitro, genital HPVs are about a thousand-fold more susceptible, with 50% inhibitory doses in the low ng/ml
range. Carrageenan acts primarily by preventing the binding of HPV virions to cells. This finding is consistent with the fact that carrageenan resembles heparan sulfate, an HPV cell-attachment factor. However, carrageenan is three orders
of magnitude more potent than heparin, a form of cell-free heparan sulfate that has been regarded as a highly effective model HPV inhibitor. Carrageenan can also block HPV infection through a second, postattachment heparan
sulfate–independent effect. Carrageenan is in widespread commercial use as a thickener in a variety of cosmetic and food products, ranging from sexual lubricants to infant feeding formulas. Some of these products block HPV infectivity in vitro, even when diluted a million-fold. Clinical trials are needed to determine whether carrageenan-based products are effective as topical microbicides against genital HPVs.

Antiherpetic activity and mode of action of natural carrageenans of diverse structural types.

The lambda-carrageenan 1T1, the kappa/iota-carrageenan 1C1 and the mu/nu-type 1C3, isolated from the red seaweed Gigartina skottsbergii, proved to be potent and selective inhibitors of herpes simplex virus (HSV) types 1 and 2. The antiviral IC50 values determined by virus yield inhibition assay in different cell lines ranged from 0.4 to 3.3 microg/ml, and no cytotoxic effects, measured by trypan blue exclusion on stationary or proliferating cells, tetrazolium salt method or cell protein synthesis, were observed. Time of addition and attachment studies suggested that the main target for antiviral action of the three carrageenans was virus adsorption, whereas no effect on virus internalization, or early or late protein synthesis was detected. However, the lambda-carrageenan 1T1 was still significantly inhibitory when added any time after adsorption. The pretreatment of virions with the carrageenans showed that 1C1 and 1C3 lacked direct inactivating effect at concentrations near the antiviral IC50 but 1T1 exerted virucidal action. The cyclization of 1T1 to afford the derivative 1T1T1 maintained the antiviral activity but eliminated the virucidal properties. Thus, the structure of 1T1 seems to be responsible for its differential behavior from 1C1 and 1C3, probably allowing a more stable binding to HSV, leading to virion inactivation. In contrast, 1C1 and 1C3 fail to bind with high affinity to virus alone, but are able to interfere with the interaction between HSV particles and the cell.
PMID: 10517311 [PubMed – indexed for MEDLINE]
Antiviral properties of fucoidan fractions from Leathesia difformis.

Feldman SC, Reynaldi S, Stortz CA, Cerezo AS, Damont EB.
Departamento de Quimica Organica-CIHIDECAR, Facultad de Ciencias Exactas y Naturales, Universidad de Buenos Aires, Ciudad Universitaria, Argentina.
Three fractions of fucoidans isolated from the brown seaweed Leathesia difformis (Ee, Ec and Ea) were found to be selective antiviral agents against herpes simplex virus (HSV) types 1 and 2 and human cytomegalovirus. Fraction Ea was the most active, with IC50 values in the range 0.5-1.9 microg/ml without affecting cell viability at concentrations up to 400 microg/ml. The antiherpetic activity of Ea was assessed by three different methods, plaque reduction, inhibition of virus yield and prevention of HSV-2 induced shut-off of cell protein synthesis, demonstrating that the inhibitory effect was independent of the antiviral assay and the multiplicity of infection. The mode of action of Ea could be ascribed to an inhibitory action on virus adsorption. The fucoidans did not inhibit the blood coagulation process even at concentrations exceeding more than 100 times the IC50 value.
PMID: 11962540 [PubMed – indexed for MEDLINE]
Anti-herpes simplex virus activity of sulfated galactans from the red seaweeds Gymnogongrus griffithsiae and Cryptonemia crenulata.

Damonte EB, Matulewicz MC, Cerezo AS, Coto CE.
Departamento de Quimica Biologica, Universidad de Buenos Aires, Argentina.
Two sulfated xylogalactans (F1 and F7), isolated from the red seaweed Nothogenia fastigiata, achieved a dose-dependent inhibition of the replication of herpes simplex virus type 1 (HSV-1) in Vero cells, with 50% effective doses in the range of 15.0-32.6 micrograms/ml, and without affecting cell viability at concentrations up to 200 micrograms/ml. The presence of sulfate groups in the molecule was essential for the antiviral properties of these polysaccharides. F7 afforded significant inhibition in HSV-1 yield if added to the cell cultures simultaneously with virus inoculum, but had no effect when it was added after 1 h of infection. Analysis of the early events of the viral replicative cycle showed that the anti-HSV effect of F7 was due to a specific inhibition of virus attachment to the host cell whereas virus internalization was not impaired.
PMID: 8751267 [PubMed – indexed for MEDLINE

Y. GONG(1), R. ROBERTS(2), I. GADAWSKI(1), D. CHEUNG(1), T. TAM(1), AND S.L. SACKS(1)
(1) Viridae Clinical Sciences, Inc. and The University of British Columbia, Vancouver, B.C.
(2) Bryant Nutrients, 4133 Greenwell St., Baton Rouge, LA 70805, USA
The antiviral effect of Virucept Red Marine Algae (Virucept) against HSV was evaluated in cultured Vero cells using plague reduction assay. The crude extracts containing polysaccharide were prepared by ethanol precipitation. Pre-treatment of cells with the Virucept extracts showed a strong inhibitory effect against both HSV type 1 and 3 with the 90% effective concentrations (EC90) ~0.1% for HSV-1 and 0.01% for HSV-2, respectively. Strong inhibition was also observed even after removing the extracts by washing with PBS on pre-treated cells. Similar activities were examined on HSV Acyclovir-or Forscanet-resistant strains. Approximately 66% inhibition was observed on cells that were already infected with HSV-1. Approximately 20-36% inhibition at a concentration of 0.5% was seen on HSV-2 and Acyclovir-or Forscarnet-resistant HSV infected cells. Our data indicate that the extracts from Virucept Red Marine Algae can be further developed as a vaginal microbicide for preventing HSV infection.
Inhibition of Herpesvirus Replication by Marine Algae Extracts

Extracts of two species of marine algae, Constantinea simplex and Farlowia mollis, were tested for antiviral activity in tissue culture and in experimental infections of mice. Treatment of confluent mouse embryo fibroblast cell monolayers with either compound before viral inoculation was effective in inhibiting the replication of herpes simplex virus type 1 and type 2, vaccinia virus, and vesicular stomatitis virus, but not encephalomyocarditis virus, Semiliki Forest virus, or murine cytomegalovirus. Prophylactic administration of these extracts was effective in reducing final mortality or prolonging the mean day of death
of animals inoculated by the intraperitoneal, intracerebral, or intranasal
routes with herpes simplex virus type 2. When therapy was initiated after viral inoculation or at a site other than that of viral inoculation, no significant effect on mortality or on mean day of death was observed. Neither preparation was effective in mice inoculated intraperitoneally with encepthalomyocarditis virus, Semliki Forest virus, or murine cytomegalovirus or in animals infected intravaginally with herpes simplex virus type 2. The prophylactic but not therapeutic antiviral activity of these preparations seriously limits their potential use in human herpes simplex virus infections.

Further Studies on the Chemical Composition and an Initial In Vivo
Evaluation of Antiviral Material in Extracts of Macroscopic Marine Algae.

Previous studies have demonstrated that the antiviral material in extracts of 8 related species of Rhodophyta is a structural polysaccharide. The present study extends our knowledge of chemical and biological properties of the active material. The observation that concanavalin A (Con A) formed an insoluable complex with antiviral molecules resulted in development of a rapid in vitro titration procedure. Although purified active fractions had polysaccharides containing 20% sulfate in ester form, the material differed from other algal sulfated polysaccarides in that it was specific for herpesvirus whereas carrageenins had a wide antiviral spectrum. The reaction between Con A and the anti-herpesvirus polysaccharide indicated the presence of alpha-D-glycosyl and sterically related residues. Purified fractions were also tested for activity in cell
cultures and in mice subsequently infected with herpesvirus type 1 and 2.
Significant protection occurred when the material was administered to mice prior to, or at the same time as virus.

It is possible that heparin-like sulfated polysaccharides from red algae, or fractions thereof, might be found to be low-cost, broad-spectrum antiviral agents. The prevailing view among virologists has been that sulfated polysaccharides inhibit viral action by acting only at the surfaces of cells. This perception now is changing with the finding that both the herpes virus (containing DNA) and human immunodeficiency virus (containing RNA) are inhibited by sulfated polysaccharides that act within the cell as well as external to it. Aqueous extracts of many red algae are active against retroviruses. Carrageenan, a common cell wall polysaccharide from red algae, is co-internalized into infected cells with the Herpes simplex virus (HSV), inhibiting the virus. Carrageenan also interferes with fusion (syncytium formation) between cells infected with the human immunodeficiency virus (HIV) and inhibits the specific retroviral enzyme reverse transcriptase.

More About Me and My Natural Herpes Treatment Protocol